As with anyone who works with kids in any capacity, we are always on the look out for new gadgets, tools, and now we can add into that list – the world of ever-increasing apps. It is from this list of apps that I want to bring a new one to you called: Seek n Spell.

Seek ’n Spell uses your GPS to create a new type of game. The object is to gather virtual letters and create words. Seek ’n Spell is played gathering in a park or other large outdoor space, players then race one another around the field to capture up to 10 letter tiles at a time, which they use to create words. Coveted gold tiles will appear randomly on the field, earning players a doubled score when used in words. Points are earned based on the length of the words players spell, and the player with the most points when time runs out wins. 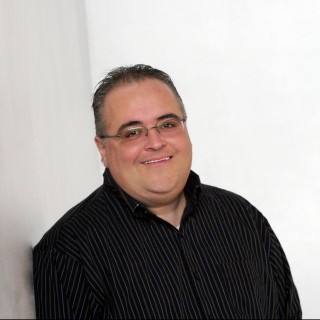 I have had the privilege of being a Full-Time Pastor for 27+ years. During this time God has allowed me to pastor children, youth, parents, and help to develop leaders of all ages and generations. To cover my personal life I blog at toddmckeever.com and to cover the ABC's (Apps, Books, and Coaching) for productive leadership I blog at myproduciveleadership.com I am married to Rachel, the best wife that God could have handpicked for me. We have been given three incredible gifts from God by the names of Jenelle, Camille, and Zachary. Lastly, I enjoy fishing with family, reading about leadership, task management, all things Macintosh and gadgets.